The Record Deletion Process combines aspects of the Exceptional Case Procedure, previously defined in the ACPO Retention Guidelines for Nominal Records Held on the Police National Computer, with provisions contained in statutory guidance issued by the National DNA Database (NDNAD) Strategy Board relating to the early deletion of DNA profiles and fingerprints in certain circumstances. Both antecedent documents have now been withdrawn.

The Record Deletion Process only extends to records held on the PNC, NDNAD and IDENT1. Locally held records, including custody photographs, are not covered by this process and instead, are managed by chief officers in accordance with the Authorised Professional Practice (APP) – Information Management.

The Protection of Freedoms Act 2012 amended the Police and Criminal Evidence Act 1984 (PACE), to allow the police in England and Wales to indefinitely retain your DNA profile and fingerprints (collectively referred to as ‘biometric information’), if you have ever been convicted of an offence; this includes receiving an out-of-court disposal such as a caution, warning or reprimand. Equally, the legislation identifies a number of occasions whereby your biometric information will be deleted from national police systems (PNC, NDNAD and IDENT1) if you were not convicted of a recordable offence, provided specified time constraints and other criteria are satisfied.

The length of time that your biometric information can be retained depends on your conviction and/or ‘event history,’ i.e. whether or not you were arrested and charged or charged but not convicted of an offence or issued with a PND.

Follow this link to a summary of the biometric information retention schedule.

Provided that the evidence and grounds for deleting your records from national police systems are examined and agreed by a chief officer, then the expectation will be that any records held on the NDNAD and IDENT1 will be deleted together with the associated PNC record. However, this will be determined on a case-by-case basis.

If your biometric information has already been deleted automatically under provisions contained in the Protection of Freedoms Act 2012, and you make an application under the Records Deletion Process, consideration need only be given to the deletion of the PNC record.

It should not be assumed though that just because your biometric information has automatically weeded that your PNC record will be approved for removal as well. The grounds and evidence for deletion will still need to be examined and agreed by the chief officer.

Whether a chief officer agrees to the deletion of your PNC record depends on a number of factors.

How do I make an application?

Making an application under the Record Deletion Process.

visit our site at www.isabelbaptistabrites-advogados.pt 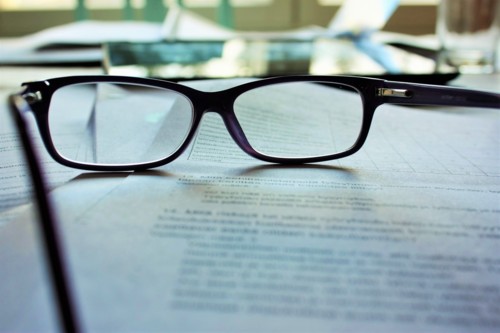